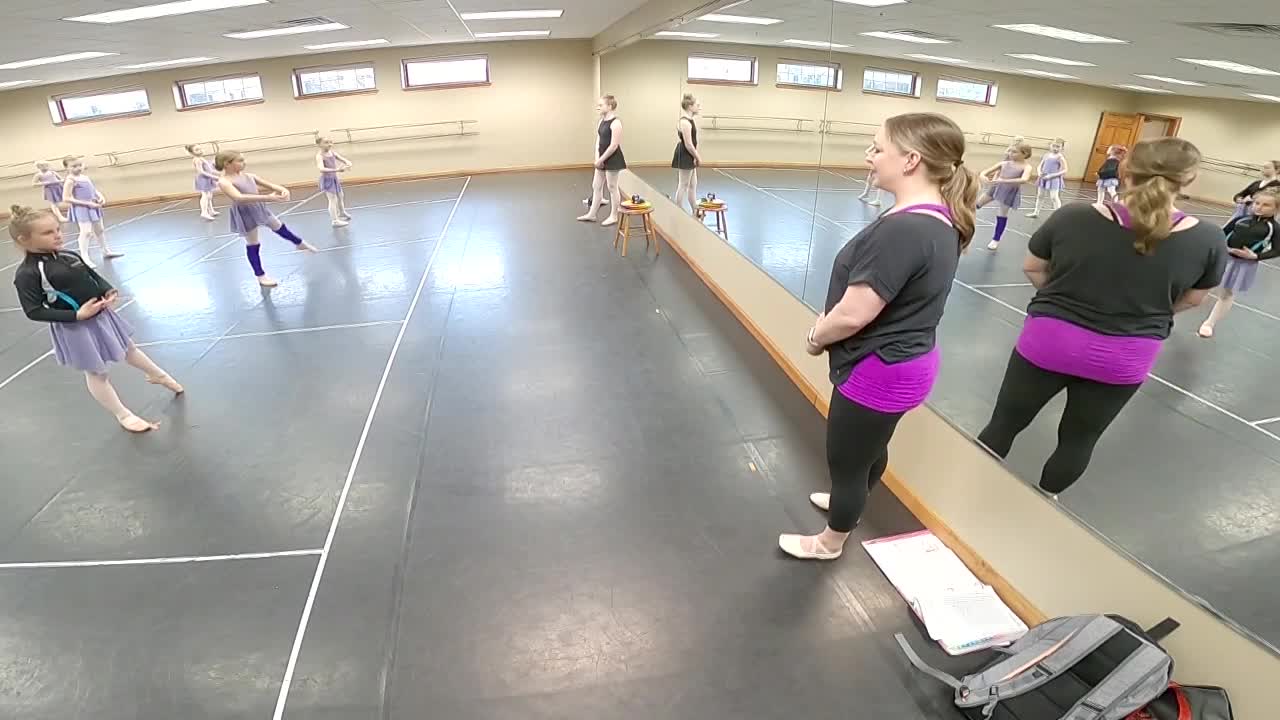 MENOMONEE FALLS, Wis. (CBS 58) — The Nancy Dianne Studio of Dance has been a mainstay in Menomonee Falls for 50 years.

Nancy Stark took over the studio when she was just 20, and over the years she has taught too many students to count. Over the past five decades, she has connected generations through the art of dance.

” Hello welcome ! Hello. How are you doing ? Nancy Stark greets students and their parents as they walk through the door. Classes at the Nancy Dianne Studio of Dance always begin with a warm welcome – usually from Stark herself.

“Here’s a picture of your grandfather, me, and your grandmother, who came to the opening,” Stark said as he flipped through a scrapbook with his daughter, Holly.

Stark kept track with an album full of photos from the 1970s.

“It was my very first ad in the Menomonee Falls News. Back then, that was how we got the word out,” she recalls.

Stark was dancing with the Milwaukee Ballet Company when she made the jump to teaching.

“It’s hard to believe that when I started school I was only 20,” she said. “And to think that my parents were behind this decision at 20!

The decision, however, turned out to be the right one.

“I appreciate that they see dance as an art form. So for me to introduce them to dance as an art rather than a sport, I think that’s great,” Stark told about his philosophy.

It’s an art these little girls can’t wait to learn.

“And I like to dance because it’s just pretty, so I want to do it,” student Naomi Baker said.

Miranda Zielinsky teaches contemporary dance and modern jazz, but she herself started here as a student.

His class photo is alongside so many others who came before and after.

“Nancy has been teaching for so long and touched so many lives, it’s amazing to put that into perspective with each of the images,” Zielinsky said of the framed class photos that line the walls.

Stark can’t guess how many students have come through the doors, but she knows many of them keep coming back even after they graduate.

“Others will come back and say, you know, those were the best years of my life. That’s where I made friends, that was my happy place,” Stark said.

The workshop is also a family affair.

Stark’s daughter, Heather Kempen, is following in her mother’s footsteps.

“I didn’t really think about it until high school, when it was time to decide what to do in college, and then I thought, I can’t imagine doing anything else,” Kempen said of the teaching at the Nancy Dianne Studio of Dance.

His daughter, Ella Kempen, is the third generation.

“Dancing is all I’ve ever known. Like, being backstage and everything, and it’s become a really big part of my life. It’s something I think about and do every day. “, Ella said.

Stark likes his family to be involved.

“Now my granddaughter! She’s also involved in dancing here, and she just told us, maybe a month ago, I think I might go to college and maybe do some dance, like mom,” Stark said with obvious pride.

“I wanted them to be able to just come in and enjoy being a little girl on a dance floor, and they make it incredibly magical,” Heckenkamp said.

An additional fun fact – CBS 58’s Nicole Koglin also danced at the studio for years and fondly recalls the experience.

“I think she’s very humble. She doesn’t realize how many people she’s reached out to,” Heather Kempen said. “I hope she will be there for many more years.”

And if you’d like to nominate an everyday hero, message Natalie at NShepherd@cbs58.com.