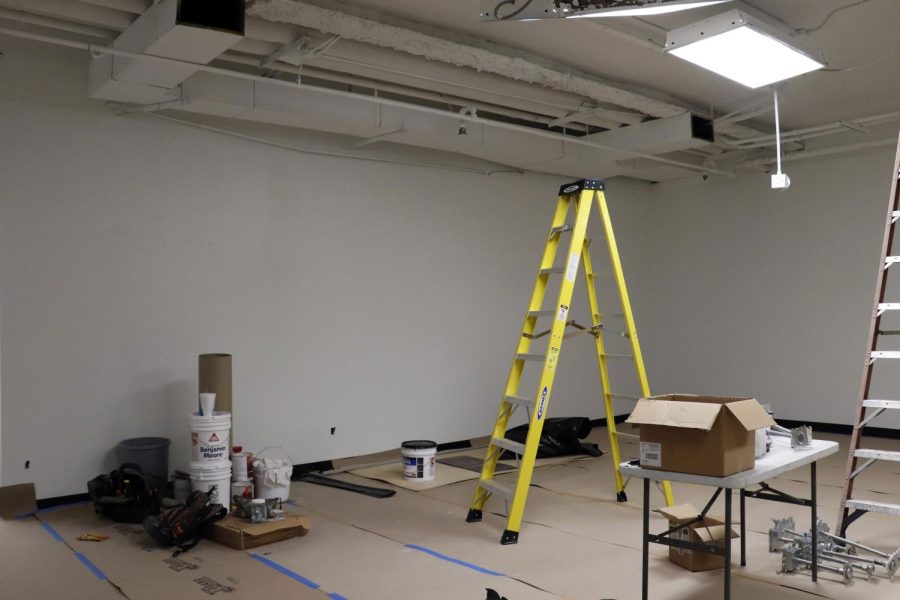 The music department expects the dance studio to be finished within a few weeks.

Southeast dance students will now have a new practice space in Pottle. A former computer lab in the music pavilion will be converted into a dance studio due to limited space in the kinesiology pavilion.

“Originally, we had a dance studio in the kinesiology building, where all of our dance classes were. But with the growth of our nursing program, they began to need additional space there and that space was badly damaged after the hurricane. So that sped everything up to start renovating that space,” said Jeffrey Wright, head of the music and performing arts department.

The studio will serve as a practice space and hall for all dance classes and will be equipped with the necessary equipment for both purposes.

“It requires specialist flooring and mirrors and all sorts of different equipment. And when we lost that space in the kinesiology building, outside of a few spaces in the Pennington center where we run intermediate classes, that will be the main venue for all of our dance class offerings,” Wright mentioned.

The dance studio is still under construction in Pottle, with the inside of the computer lab being replaced with different floors and walls, among many other amenities.

Wright said the music department hopes the space will be completed within the next two weeks and that second term dance classes can hopefully be held in that space. Until then, the Pennington Center will be used for current dance classes.

2022-03-08
Previous Post: Dance studio destroyed by floods
Next Post: Onnyt-Dance announces its relationship with the Association of Dance Studio Owners.