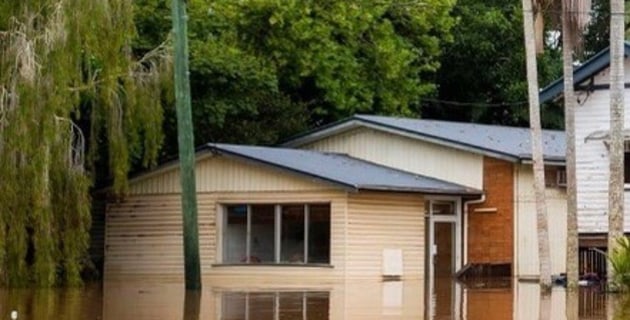 The floods in Queensland and NSW have been devastating for many, including arts organisations.

One is the Karen Ireland Dance Center in Lithgow, which was totally destroyed. The two-storey building is owned by Ireland and she has been teaching at the site for 20 years. At its peak, the river rose 30 cm from the ceiling (the photo was taken while the water was receding).

The school is appealing for help to rebuild and has started a gofundme page in hopes of raising enough money to help fund new studio space, as well as replace destroyed ballet equipment. “We understand this is a difficult time,” they say, “but please help if you can.” If you want to donate, go here.

In Brisbane, the Queensland Performing Arts Centre, which sits right next to the Brisbane River, is flooded and all performances cancelled, including Frozen the musical.

The Queensland Ballet was about to set off on a regional tour when the floods hit and were able to continue their season of Gisele at the Empire Theater in Toowoomba. However, a power outage at its West End studios forced the company to move rehearsals to Queensland Academy headquarters.

The photos above are from the Karen Ireland Dance Centre. Below is the Queensland Performing Arts Centre.

The January/February/March issue of Dance Australia is out! Shop at your favorite dance store or drop by here and never miss a number!