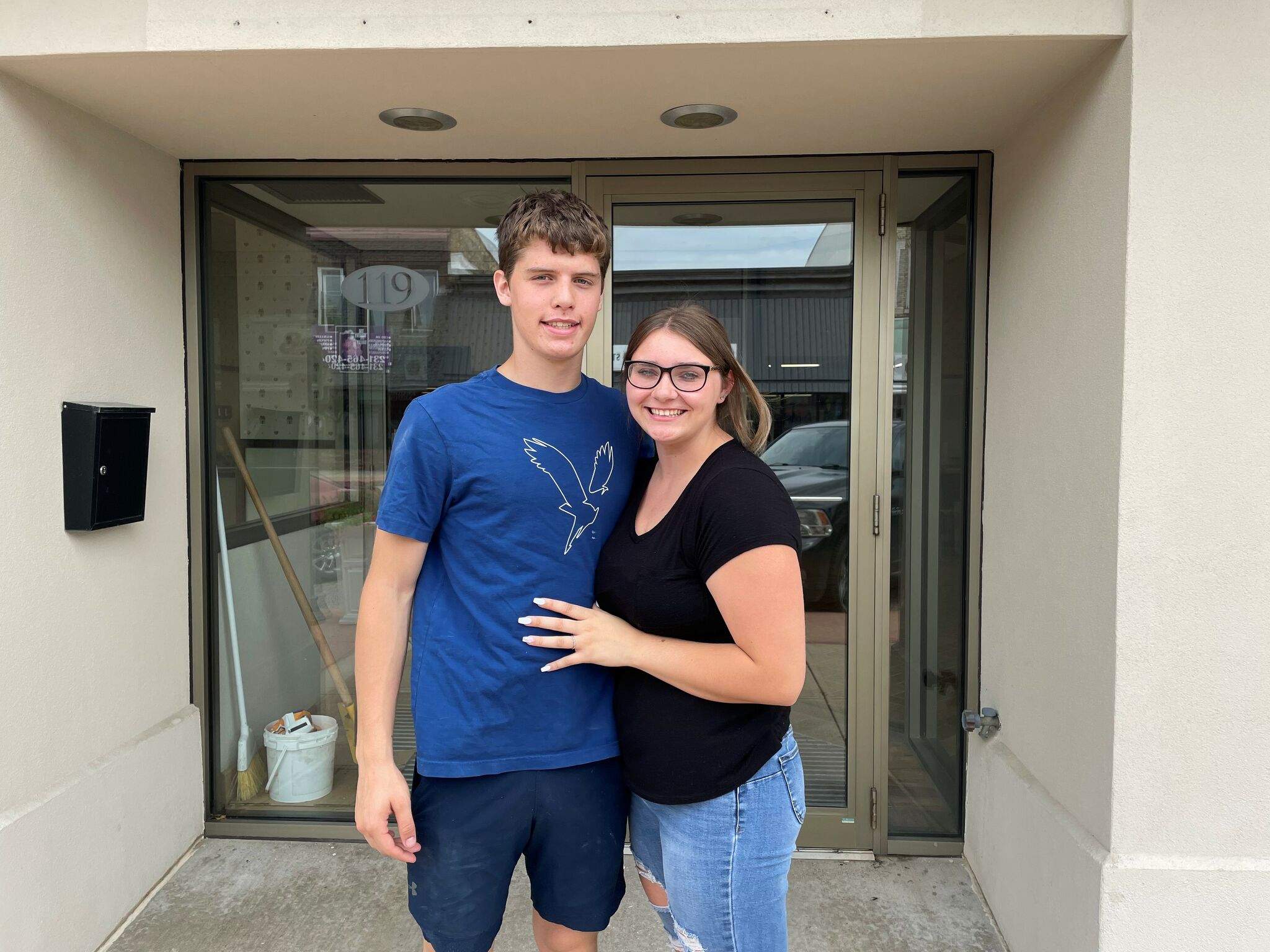 The studio is still in the early stages of development. Schmidt and the family members who support him are currently renovating the interior of the space they purchased at 119 West Upton Avenue in downtown Reed City into a combination dance studio and d a dancewear boutique, so students can “try before they buy” as Schmidt’s mother, Shannon Schmidt, put it.

Registration will take place August 25-27, and Schmidt hopes to open it tentatively by September 5.

Having danced since the age of 5, Schmidt wants to bring the experience she gained learning to dance as a healthy form of self-expression and exercise, as well as a social outlet, to more children in the Reed City area, which currently lacks a dance studio.

“I want more kids to have the opportunity and have something else in town or nearby that they can join,” Schmidt said.

Devotion of Motion welcomes dancers from all faiths, Schmidt said. Outfits and dance routines might be a bit more respectful and modest than other dance studios.

Excited, nervous, and upset are the emotions Schmidt used to describe herself during the studio’s creative process.

“She’s a pretty young businesswoman and very passionate,” Shannon Schmidt said of her daughter. “She has a lot of support and a business history too.”

Schmidt hopes to be able to teach 40 to 50 children by the time the studio is in full swing.

“I don’t think it will take that long to prepare,” Schmidt said.

Schmidt and his family will be installing mirrors, sweeping and sanding floors, and hanging wallpaper in preparation for the hopeful opening in September.

“I’m just excited for the recital at the end of the year to see what the other kids have learned, and just to build friendships and have fun,” Schmidt said.

Schmidt traces his love of dance back to the wholesome, carefree form of self-expression it gives him.

“I’ll be in the studio until 11 p.m., blasting music and dancing my heart out, and no one’s around to watch me,” Schmidt said. “It’s also just a way to build relationships and make new friends and meet new people,” she said.

Shannon Schmidt said Ayla has a knack for looking after children and hopes she can bring together many age groups.

The studio already has a Facebook and Instagram page, both “Devotion in Motion”. Schmidt hopes to have early registration by August 15 via an online sign-up sheet, to gauge community interest, although she said she already senses there is excitement around of his opening of the studio based on interactions on social networks.