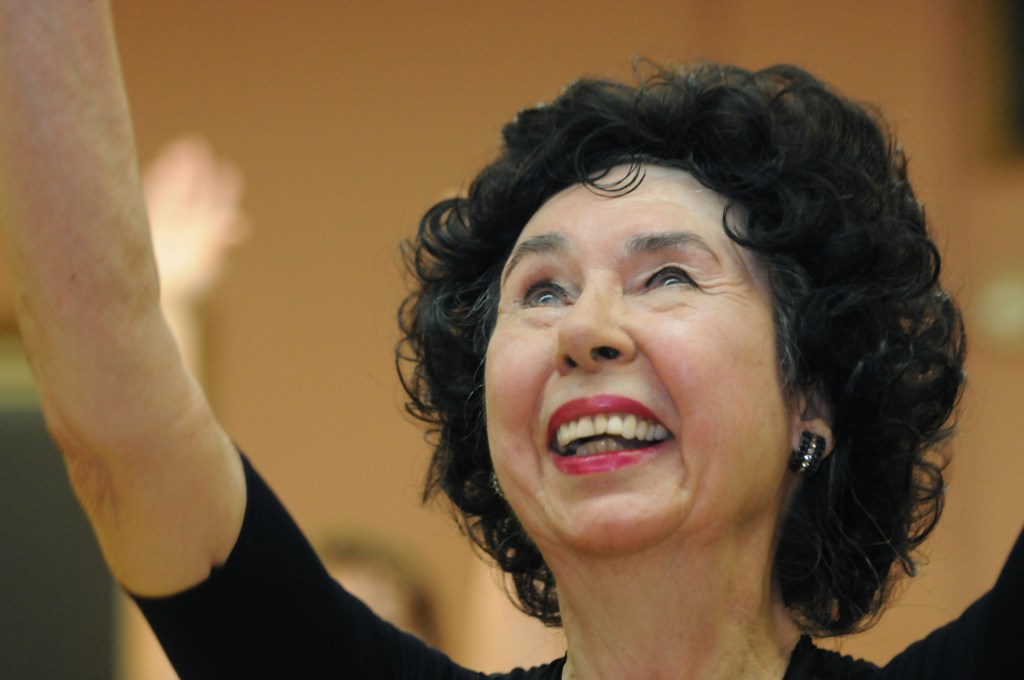 If you are from West St. Paul, you may know Nancy.

He’s a local celebrity here, so familiar with the past and present of the people that no last name is needed, at least not if you’ve ever worn a tutu or know someone who has it. made.

Nancy Raddatz – the well-known and beloved owner of the Nancy Raddatz Dance Studio in West St. Paul – passed away on March 27. She was 85 years old and had been teaching dance for over 70 years.

Even as Raddatz mourns, her dancing community knows the show must go on: her studio on Butler Avenue is currently gearing up for her annual (altered pandemic) spring recital.

“Her legacy continues,” says her daughter, Darci Lundsten, of the family business.

A longtime resident of West St. Paul, Raddatz started dancing at the age of 3 – sort of.

“I was very, very shy,” Raddatz told Pioneer Press in 2013. “It was three months before I even got into class. And yet my mom took me to class every week.

“She had to take a jitney bus and a streetcar to get me from our home in West St. Paul to the class in South St. Paul. It took over an hour each way. Can you imagine My mom was very, very patient with me.

When Raddatz finally started dancing, she never really stopped. At age 12, she began teaching others in the basement of her childhood home in West St. Paul.

“I taught all the kids in the neighborhood how to dance,” says Raddatz. “I charged 25 cents a lesson. It was years before I raised the prices to 50 cents a lesson.

By combining her love of dancing and teaching, she had found her home – literally: she lived in an apartment above the dance studio she had built in the 1950s.

“She wouldn’t have lived anywhere else,” Lundsten says.

Later, it was there that she raised her daughter as a single mother.

“It was all I knew,” Lundsten told Pioneer Press in 2013. “My house was a dance studio, my garden was a tiled floor.”

Raddatz was proud of what she had created here in this Dakota County community.

“She broke barriers,” says her daughter. “I was told his was the oldest female-owned business in West St. Paul. “

Officially, his business dates back to 1948. This studio, built in 1956, overlooks a Dairy Queen and has been a place where thousands of children and adults have taken dance lessons. In his early days, in addition to ballet, Raddatz taught his students foxtrotting, Lindy, polka, baton twirling and more. Today, the family-run dance studio teaches tap dancing, jazz, lyric singing, modern, ballet, pointe, hip hop and acrobatics.

It’s a studio that focuses on joy, not competition.

“Competition was not his thing,” says Lundsten. “It was always a question of art, of expressing oneself.”

And you build too.

“She thought dancing was a way for kids to build their confidence and self-esteem,” she says. “Be proud to showcase what you can do, feel that joy. That has always been his message.

She also believed that it was never too late to learn to dance; its adult classes are still popular today. Until recently, she taught them.

“She continued to teach throughout her 70th year of dance,” Lundsten says.

Her granddaughter, Hannah Slater, 24, is one of the alumni of Raddatz Studio (her mother was her teacher, not her grandmother).

“Dancing is not the passion of my life like it was for my grandmother, but I continued to take classes until high school because I loved being part of this dance community, and it was special that we could share this as a family, ”said Slater, who continued to be involved in this community as a studio employee.

“I knew her better from the West St. Paul Kiwanis Club,” he says. “We were sitting next to each other at the high school scholarship ceremony; she would give one of the scholarships every year.

As a teenager, Raddatz experienced adversity. Three years before a vaccine was developed, she contracted polio at the age of 17. In 2008, she told Pioneer Press that dancing had helped her regain strength in her arms and legs.

“It was a very painful process,” she said of her rehabilitation. “If it hadn’t been for my dancing, I don’t know what would have happened to me. I could very well have found myself in a wheelchair.

She then studied dance in New York, Chicago, London and Paris before becoming the face of her own dance studio in West St. Paul. By the time she taught her last class in 2019, she estimated that she had taught five generations of community members how to dance.

“The lifespan she has had an influence over is truly amazing,” said Carrie Kruse, office manager of the dance studio. “She always said she could teach anyone to dance, and I think she was right. When I tell people where I work, I swear 90% of them will say, “Oh, I danced there. And she probably remembered them too – she remembered everyone! “

Dancing until she was 80, she was a teacher until the end.

“Where my office was, there was a classroom above it,” says Kruse. “If Nancy and I were talking, sometimes she would stop and say, ‘They’re doing this pretty good up there. I don’t know how she could say it, but she could. And then she would go up and mend the step with them.

One of Raddatz’s proudest achievements is the Uniquely Aled Dance Center, a non-profit organization that will be at the center of all memorials.

“This has been on hiatus during COVID,” Lundsten said, “but we have current staff who want to return to Uniquely Aled’s classes to continue Nancy’s legacy – which is to meet anyone anywhere they go. lie and teach them the joy of expressing themselves through movement. “

While regular dance lessons continued on Zoom during the early days of the pandemic, dancers are back at Raddatz studio now (with safety protocols) and summer registrations are underway.

Lundsten recalls: “She always said to her students, ‘Leave your troubles at the door when you come to dance. After class, go ahead and pick them up again, if you want. Or, you can just leave them behind.

Besides his daughter and granddaughter, Raddatz is also survived by two grandsons, who also took dance lessons in their grandmother’s studio.

Because Raddatz did not want traditional burials, his family instead invites the community to share and view memories, photos and videos on Kudoboard.com/boards/nVjD6iCF/nancy-raddatz.