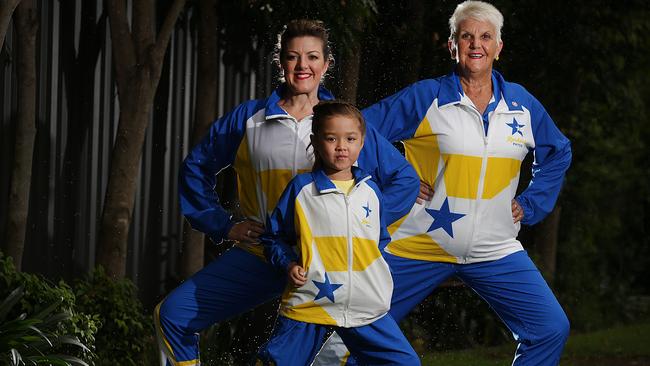 HAVING three generations of one family competing at the Randwick Physical Culture Club is a testament to the unique nature of sport for all ages.

HAVING three generations of one family competing at the Randwick Physical Culture Club is a testament to the unique nature of sport for all ages.

Denise Motto, 70, started the tradition of “physics” in the 1960s, with her daughter Megan Ng following in her footsteps at the age of four.

“I can’t remember a time when I didn’t do physiotherapy,” Ms. Ng said.

“Mum got me involved because it was a fun sport activity and an atmosphere of support and friendship for women where they could make great friendships and stay in shape.”

Ms Ng, 43, is now president of the club and said her own daughter Jada, 6, started at the club last year, when the trio first attended the same club event in their groups. respective age.

“It was fantastic, obviously a proud moment for our family, but I’m really proud of my mother,” Ms. Ng said.

“Getting out and putting on a leotard to compete at 70 is no small feat, she’s really amazing.

“Having this thing that the three of us can do is really nice, and Jada is already very connected to her grandma, but that just adds an extra layer.”

Randwick Physie has been operating for over 55 years, with girls and women of all ages and dance levels participating in the sport which is a combination of ballet, jazz, pilates and strength training.

The youngest member of the club is only two years old and the oldest competitor is 76 years old.

He also has six national champions of the 2016 season between the ages of five and over 60, with the 15-year-old champion having claimed four consecutive victories.

“Having a 76-year-old competition is just inspiration, there is no excuse for the rest of us,” Ms. Ng said.

“There aren’t a lot of group sports that women can continue to play in adulthood, but physiotherapy is a sport that you can come back to and continue with at any age. “